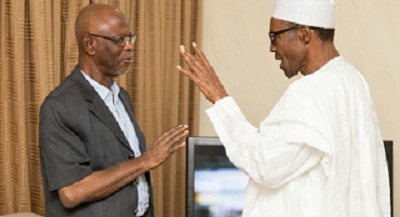 National Chairman of the All Progressives Congress (APC), Chief John Odigie-Oyegun, has charged the Peoples Democratic Party (PDP) to present a formidable opposition to the party and to keep them on their toes for the next four years.

Mr. Odigie-Oyegun, who made the call when he received a delegation of former governors led by former Governor of Anambra State, Chief Jim Nwobodo, said one of the major problems of the PDP was the fact they tried to destroy the opposition and make them very weak.

In contrast, he said the APC desires a formidable opposition from the PDP. “We want the PDP to keep us on our toes so that we don’t make the same mistake they made”, he said.

The APC national chairman noted that a nation moving from one government to another and from one party to another peacefully is a major success, stressing that the just concluded elections were quite unique not because President Goodluck Jonathan conceded defeat, but because he did what nobody believed could ever be done.

He added that terrible things could have happened after the elections, “but Jonathan was inspired by God to do what Nigerians thought will not happen”.

“By conceding defeat, Jonathan deserves a place in the nation’s history”, he added.

Speaking earlier, Nwobodo congratulated the APC for emerging victorious at the elections, saying the feat was historic.