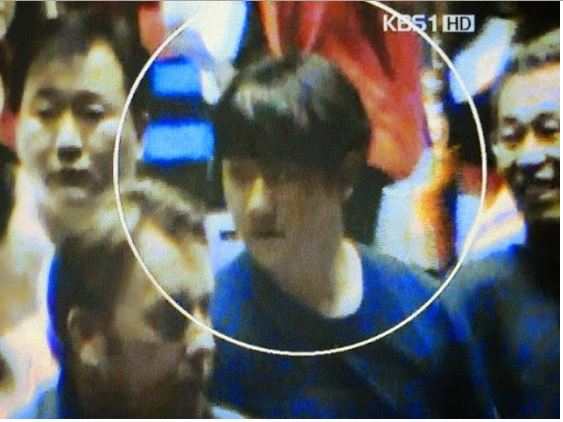 Jong-chol is reportedly a big fan of the British blues rocker and has been photographed attending concerts in several different countries over the past few years, including in Germany in 2006 and Singapore in 2011. Jong-chol had not been seen in public since his father’s death in 2011.

In video, Jong-chol could be seen arriving at the Thursday concert wearing a leather jacket and sunglasses and surrounded by aides.

“He was just like any other fan, but there were officials all around him,” said a witness. “They were obviously not Clapton fans, and looked really out of place. But he was having a great time, singing along to all the words.”

According to South Korean news agency Yonhap, Jong-chol and his entourage stayed at the Chelsea Harbour Hotel in West London, where rooms can cost up to $3,290 per night.

However, Jong-chol went missing over the weekend after attending the concerts. He had reportedly been scheduled to depart Moscow and arrive in Beijing on Saturday on his way back to Pyonyang, but his name was not listed on the flight registry from Moscow to Beijing, and he has not been seen since.

Jong-chol and his younger brother Kim Jong-un were born to Kim Jong-il’s third wife Ko Yong-hi, who died in 2004.

Jong-chol was passed over for North Korea’s leadership position because his father thought he was too effeminate.

The eldest brother, Jim Jong-nam, was first in line to succeed his late father after his death, but fell out of the line of succession when he was caught trying to enter Japan with a fake passport in 2001 on a trip to visit Tokyo Disneyland