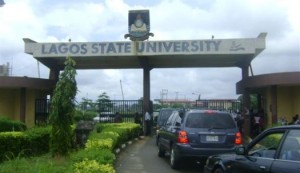 The Governing Council and management of the Lagos State University (LASU) has ordered the resumption of academic and administrative activities on Monday, May 18.

According to a statement posted on the University’s website, the management urged all staff and students to go about their normal activities in an atmosphere of peace and tranquility.

“It is hoped that all outstanding issues will be resolved in due course,” the management stated.

The reopening of the university came following a meeting between the state government, the varsity’s authorities and university unions.

LASU was shut last month over a ​crisis between ​the ​management and the unions in the institution. The unions had passed a vote of no confidence on the Vice Chancellor, John Obafunwa, who they accused of inappropriate promotion of some staffs.

The Academic Staff Union of Universities (ASUU) also accused Obafunwa of victimization of its members, withdrawal of certificates of lecturers, abuse of due process by the university’s management. It also accused the VC of trying to cripple the association with attempts to freeze its account and stoppage of check-up dues of the association.

No Exams On Sallah Day – NECO