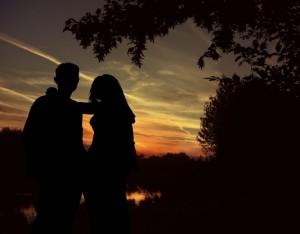 A couple was found hanging from a tree next to each other. The young man and the woman of India, were found hanging in the town of Muzaffarnagar in Uttar Pradesh. Odd News Blog reports:

Police said that Rajneesh Kumar, 21, and his girlfriend, Imrana Bano, 18, made a suicide pact because they were not given permission by their families to marry each other because they belonged to different communities. Kumar is Hindu while Bano is Muslim. The couple had been missing since the night before they were found dead, police said. They were found hanging from the tree in the morning.

Police said that the couple had been in love for about 4 years, but their families were against them getting married. Bano’s family found her a man of her community, and she was supposed to get married on the day of her death.

Police believe that the deaths were a suicide and do not suspect foul play. The bodies have been sent to the coroner’s officer for autopsies.