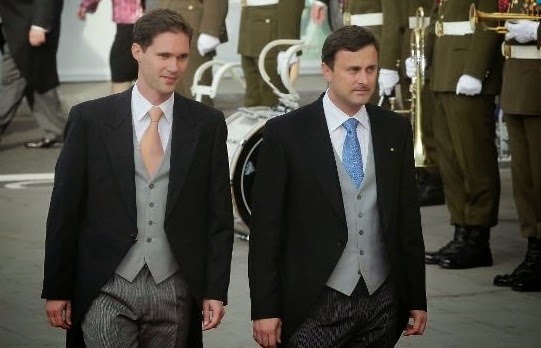 Xavier Bettel, the Prime Minister of Luxembourg (pictured right), will wed his g*ay partner, Belgian architect, Gauthier Destenay (left) today May 15th at a very private ceremony in Luxembourg. This will make him the first European Union leader to enter into a same-s3x marriage and the second world leader to enter into a same s3x marriage after Iceland’s prime minister Johanna Sigurdardottir, who married her writer partner in 2010. Bettel has been in a partnership with his partner since March 2010 and got engaged in August 2014.

Bettel who became Prime Minister in December 2013, told Belgium’s RTBF public television that he was getting married because he wants to accept his s3xuality and avoid been unhappy all his life.

“I could have hidden it or repressed it and been unhappy my whole life. I could have had relations with someone of the other s3x while having homosexual relations in secret. But I told myself that if you want to be a politician be honest in politics, you have to be honest with yourself and to accept that you are who you are.”

The low-key ceremony at the town hall in Luxembourg is being deliberately kept out off the media spotlight and will be followed by weekend-long private celebrations for around 500 guests.