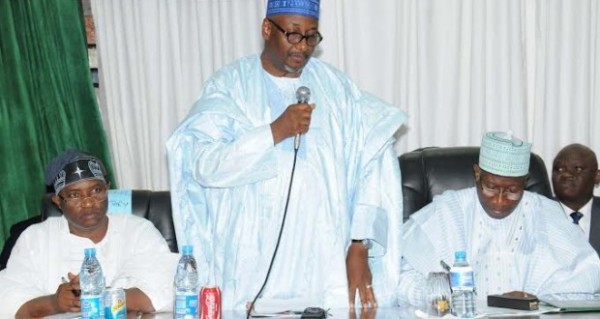 The embattled National Chairman of the Peoples Democratic Party, Alhaji Adamu Mu’azu, has appealed to aggrieved members of the party to stop the war of acrimony following the party’s defeat at the last general elections and work towards the party’s revival.

He urged party stakeholders across the country to shake off the defeat, rest all misunderstandings and put the survival and stability of the party ahead of all other considerations.

The PDP chairman stated this in a statement issued in Abuja on Tuesday.

He also placed an embargo on his aides from speaking to the media on any party issue.

He said though the change in the party’s electoral fortune was painful, members should key into the intervention by President Goodluck Jonathan and not allow the situation to further divide the party.

Mu’azu said, “The national leadership of the Peoples Democratic Party has noted the various reactions that trailed the unfortunate loss of our great party in the last general elections.

“In the last few weeks, the media has been fishing on these reactions with a section even blowing it out of proportion to a level that has become a threat to our oneness as a family.

“As the National Chairman and a key stakeholder in this party in the last 16 years, I quite understand and appreciate the concern, pain and frustrations of our members regarding our defeat.

“I am also deeply worried about the division the development has generated within the PDP family especially regarding whether or not the national leadership should be dissolved as a direct consequence of our collective challenge.

“In the course of events, there have been reactions and counter-reactions among party members; mistakes have been made, some of them avoidable, but this is the time to put all of them behind us and move ahead as our party and its interest remain paramount and overriding”.

The chairman accused the media of fueling the embers of disunity by allegedly misrepresenting the crisis, this he said, “contributed immensely to the misunderstanding we are facing in our fold”.

Mu’azu also waved the white flag at his most vocal critic and one of those calling for his resignation, Governor Ayo Fayose of Ekiti State, whom he lauded for strengthening the PDP with the victory in Ekiti State.

He said, “Having been a state governor on the platform of this party for eight years and having the grace of being a committed member for the past 16 years, I very much appreciate the reactions of some of our members like Governor Ayo Fayose, whose victory in Ekiti in June last year helped to strengthen our party, particularly in the South-West region.

“Nevertheless, in the larger interest of our party, we all must resolve to bury the hatchet, pick our pieces and move on to rebuild our party and return to our winning ways”.

He urged the party faithful to cooperate with the party leadership, which he said had set the machinery in motion by constituting the Post-Election Assessment Committee, headed by the Deputy Senate President, Senator Ike Ekweremadu.

He also used the opportunity to debunk the rumours that he fled the country, explaining that he left the country to seek medical attention abroad on the advice of his doctors.

Mu’azu promised to be back in the country soon.