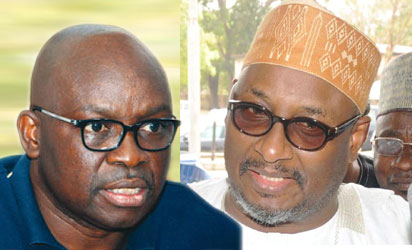 Governor Ayodele Fayose of Ekiti State has described the resignation of the National Chairman of the Peoples Democratic Party, Adamu Mu’azu, as a good omen for the party.

Speaking through his Chief Press Secretary, Mr. Idowu Adelusi, on Wednesday in Ado Ekiti, the governor, who was the first to call for the resignation of Mu’azu, said, “We see it as a welcome development. When a political party loses an election, the moral thing for the leadership of that party is to quit office.

“Muazu and others ought not to have waited for the call for their resignation before doing the right thing. We hope others would follow his step. This will allow re-engineering of the party to make it a virile opposition party.

“We must all join hands to make PDP stronger because as May 29 approaches, the party would assume a new role as opposition party”.