The president-elect, Muhammadu Buhari, will determine the fate of the 72 soldiers sentenced to death for mutiny, when he assumes office. 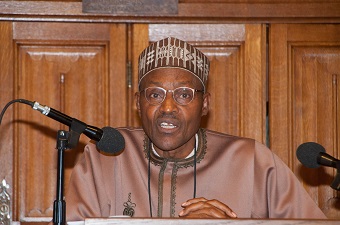 Most of the accused soldiers were condemned to death by firing squad for refusing to fight against Boko Haram terrorists. Others were convicted for either inciting their colleagues to mutiny or protesting against non-payment of salaries and lack of adequate equipment to battle the insurgents.

However, the condemned soldiers did not give up; they approached the Federal High Court asking that their conviction to be set aside on the ground of lack of jurisdiction.

The Nation reports that their applications were filed separately by Senior Advocate of Nigeria Femi Falana, his counterpart Olisa Agbakoba, and Chief Ameh Ebute, a former president of the Senate.

The 72 are those found guilty from the over 300 arrested and charged by the military authorities. They include 54 soldiers from the 111 Special Forces Battalion of the 7 Division of the Army in Maiduguri; four from 81 Battalion of the same division and 12 others for attempted murder of their commanding officer, Major General Ahmed Mohammed on May 14, 2014 at Maimalari Barracks, Maiduguri.

A top military source, who pleaded anonymity, confirmed the development, by saying:

“We may not be able to take action on the judgments of the Court Martial because there are some applications in court bordering on the jurisdiction of the tribunal, the Armed Forces Act, and fundamental human rights.

“It will be sub judicial to act on any matter before the court. The military has to subjugate itself to the rule of law in a democracy like ours.

“As it is now, we may have to leave the fate of these soldiers to the new administration to address.

“The good thing is that the new government has placed premium on counter-insurgency in the North-East.”

The source added that now the soldiers remain in custody “pending judicial consideration of appeal applications.”

According to another source, the case of the 72 soldiers is a major challenge for the military as it is the first time when so many soldiers are facing mutiny in Nigerian military.

“The matter is also a booby-trap for Buhari, who is a no nonsense and highly disciplined Army General. The final decision of the president-elect will have implications for military ethos. But it is certainly an issue he has to key into his counter-insurgency plan for the North-East. And of course, we have the rule of law factor beclouding the entire case,” the source said.

Meanwhile, about 4,000 Nigerian soldiers will be dismissed for allegedly disobeying orders to fight Boko Haram insurgents. One of the affected soldiers said that the men are accused of flouting orders to fight terrorists during an operation conducted in Mubi, Adamawa state, in 2014.