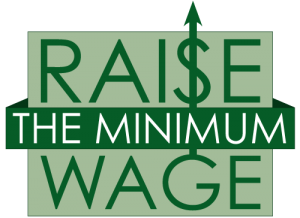 The Nigeria Labour Congress (NLC) yesterday demanded a minimum wage of N90,000, noting that the five year operational period of current N18,000 minimum wage would come to an end this year and must be reviewed. With President Goodluck Jonathan set to leave in a couple of weeks, the NLC will be banking on the president-elect Muhammadu Buhari to effect change in the way workers are remunerated.

“We cannot address the challenge of income inequality and poverty without addressing the question of salaries and wages for working people because there is intricate linkage between income, consumption and production. We assure that we will continue to use the instrumentality of collective bargaining to improve the wages and salaries of our members,” the factional President of the NLC, Joe Ajaero said in his message to mark yesterday’s Workers’ Day, at the National Stadium in Lagos.

“In the immediate the incoming administration must be put on notice that five year tenure of the national minimum wage ends this year and we are putting before the new administration a proposal of N90,000 for negotiation with the Federal Government and Nigeria Employers’ Consultative Association, NECA. This modest proposal is based on the unstable micro economic environment, naira devaluation and the high rate of inflation,” he added.

He also condemned the sealing of the National Stadium, Surulere to prevent workers from celebrating yesterday’s Workers’ Day, warning the new acting Inspector General of Police, IGP, Solomon Arise to learn from the misadventures of his predecessors by operating within the ambit of the law.

“We condemn the unprovoked siege by fully armed mobile police on the peaceful gathering of workers at the venue of this year’s workers day celebration. Early this morning, the National stadium was sealed, preventing thousands of workers that trooped to mark the 2015 May Day (from entering).

“We warn the IGP to learn from the misadventure of his predecessors and ensure that he operates within the ambit of the law. We have a fundamental right to peaceful assembly and information. The IG should know that no one can intimidate us not to exercise our fundamental rights,” he said.