Home Politics No Govt. Official With Question To Answer Should Be Allowed To Leave...
Facebook
Twitter
WhatsApp 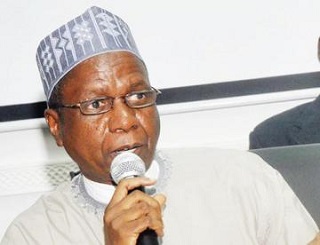 A former Secretary to the Government of the Federation under the late President Umar Musa Yar’Adua administration, Mahmud Yayale Ahmed, has charged the incoming administration not to allow anyone with a case to answer flee the country after May 29.

Yayale, who is the pro-chancellor and chairman of council of the Bayero University, Kano (BUK) gave the advice after presenting a paper titled “The 2015 Transition: Realities, Expectations and the Challenges”, at the 31st convocation lecture of the university yesterday.

The former SGF said when the Muhammadu Buhari administration takes over, it would discover many things and ask many questions.

“I want to inform you that whether there is proper briefing or not, the reality will become reality on May 29. After they have taken over they will see where to ask questions and in what we call public accountability, nobody should be allowed to go without accounting for what is not there”, Yayale said.

He urged Nigerians not to expect miracles from Buhari but rather support him with prayers as the circumstances are not such that would permit miracles.

The pro-chancellor said he never regretted contesting for governorship in Bauchi State because he had learnt a lot and is ready to contest again whenever the need arises.

The major problem of the Nigerian economy, Yayale observed, is not about its size, but content.

“The country is increasingly becoming mired in debts. After painfully exiting the Paris Club and other external debts, with a cash payment of over $12 billion, the foreign debts are piling up again from $4.5 billion in 2010 to $6.4 billion in 2014.

“The domestic debt profile increased from $30.5 billion in 2010 to $47 billion in 2014. On the whole public debt has grown by $18 billion between 2010 and 2014. A major problem of this debt profile is that most of the debt is incurred on consumption (recurrent) and not investment (capital)”.

Yayale during the lecture, also tried to exonerate himself of the role he played when President Yar’adua was terminally ill, saying the late president would forgive him for taking the right decision.