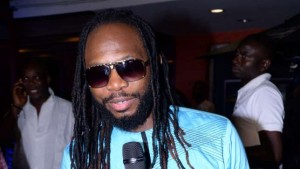 Unconfirmed reports say that veteran music producer, OJB Jezreel is suffering from diabetes and a re-occurrence of his kidney ailment.

He is reportedly receiving treatment for diabetes at an undisclosed hospital in Lagos.

According to reports, the veteran hit producer might not be financially capable to treat himself, and complete the 5 stage dialysis to keep him alive.

OJB stopped at stage 3 at LUTH after he was discharged for not being able to pay his bills.

OJB will now have to come from his Surulere residence to continue the weekly dialysis treatment which is meant to last for two more weeks.

Attempts to reach the producer has proven abortive.

Apart from this, OJB has suffered a relapse because he never went back to India for his post-transplant treatment.

He also had an auto accident in September 2014. His friend who was with him in the car was injured seriously; OJB suffered minor injuries and had to walk with a stick for sometime.

The kidney was donated to him by his first wife Mabel and he spent three months in the country before returning back to Nigeria in December 2013.

The money for his transplant was gotten from the donations of well meaning, generous Nigerians, and top Nigerian celebrities.