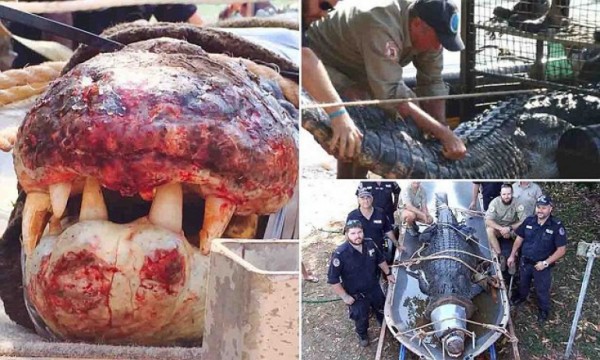 A monster 4.3-metre saltwater crocodile who was terrorising locals and eating dogs has been captured from the Daly River – south-west of Darwin, Australia. 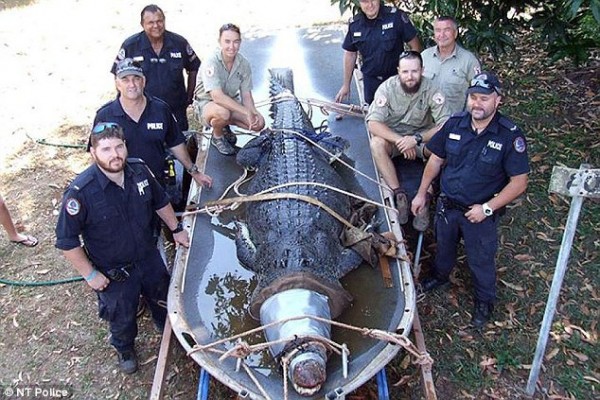 It took about six people and tranquilisers to wrestle and capture the beast.Parks and Wildlife Commission Northern Territory’s crocodile management had to remove the 4.3-metre carnivore because it was posing a threat to the community

The crocodile was stalking young children and dogs near the indigenous community on the Daly River. According to Wildlife ranger Tom Nichols the saltie could have easily weight in at 550 kilograms and would have been 4.8 metres long if it was not missing part of its tail. 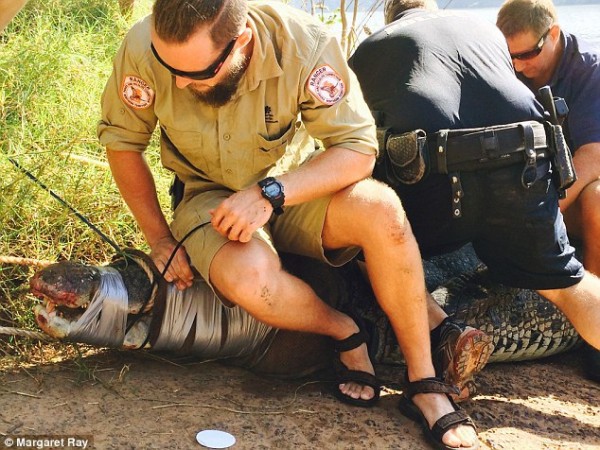 “It was posing a threat to the community by taking dogs on the bank and there are kids who swim and fish close to the bank and people in the community who used the waterways. There was six people who helped all together. We utilised different people to do it and most were watching. It always gathers a crowd down there,” Mr Nichols said. 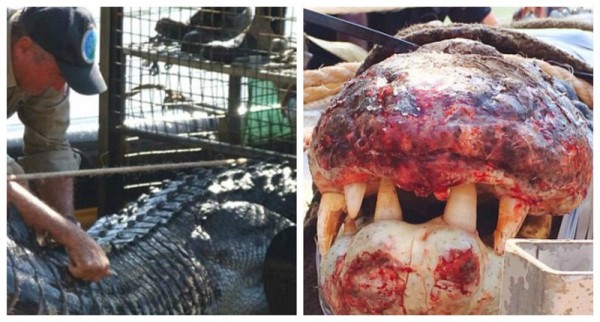 One of the witnesses, Margaret Ray said: “When you live on the Daly River… you’re sharing the space with them. Generally you have to try and live together. You hear about crocodiles stalking fishermen or taking dogs from the back of the community then officials have to remove them.”

The crocodile had to be sedated to make the job easier on the team. A nose rope is then attached to it so it comes out head first from the trap. Cable ties are used to secure the legs and rope is used to pull it out. Eventually the animal was winched onto a specially made trailer and relocated to Darwin Crocodile Farm.