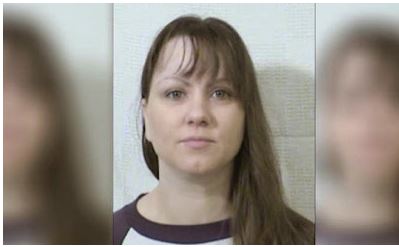 Holly Fray from Pittson, Pennsylvania is facing charges and fines after being arrested. Keen eyed store employees couldn’t help but notice the resourceful thief shoving food up her dress and called the police. Officer Charles Langan said that Fray was given a full body search during which several oranges fell onto the floor between her legs.

“I thought she stuffed a bunch of things in her pants so I gave her a fast pat down, when I felt nothing and saw items begin to fall out of her pants, I knew something was up,” said Officer Langan. “A female officer was called in after Miss Fray was brought to the station, and a more thorough search was initiated.”

Officer Felicia Anne, a 10 year vet of the police force arrived to carry out the more in depth search;

“They asked me to come do a full cavity search on a recently arrested shoplifter, which is very unusual. They told me that they thought she was holding groceries in her vagina, and I literally laughed out loud. They told me about the oranges and not feeling anything during the pat down, so I took her in the back and sure enough, we found nearly $100 worth of groceries inside of her vagina.

A dozen eggs, bread, milk, a few more oranges, as well as a full porterhouse and a rack of bacon were in there, plus a lot more. I was shocked.”

The store didn’t press charges against the thief because they said the situation was too funny.