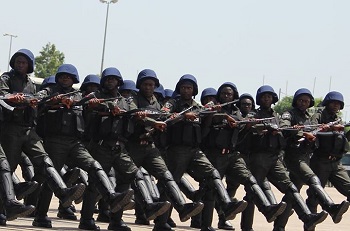 The Acting Inspector-General of Police, Solomon Arase, has directed Commissioners of Police to immediately establish Judges Protection Units for the protection of judges and courts in their respective areas of jurisdiction.

This was disclosed in a statement signed by the Force Public Relations Officer, Emmanuel Ojukwu, on Thursday in Abuja.

The statement said the units were to ensure the judiciary had adequate security to carry out their duties.

The statement emphasised that personnel for the assignment must exhibit high sense of professionalism, courage, integrity, discipline and respect for human rights.

It said Mr. Arase had also directed the reduction in the number of police aides attached to civil commissioners nationwide.

Mr. Arase, during his maiden meeting with command commissioners of police and other senior officers on April 29, had promised to take measures to protect judges.
(NAN)