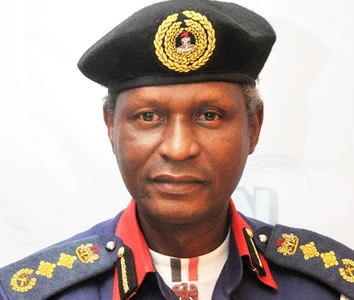 The Nigeria Security and Civil Defence Corps, NSCDC, has counseled electricity utility companies to invest in surveillance equipment to reduce to the barest minimum frequent damage to critical public infrastructure by vandals.

The Commandant-General of NSCDC, Dr. Ade Abolurin, who made the call at a meeting with officials of power distribution and generation firms in Abuja on Thursday, specifically admonished them to install Close Circuit Camera Television along their facility corridors to curb vandalism and theft.

Abolurin noted that in as much as NSCDC officials on their own part are working hard to combat vandals in different parts of the country, installation of surveillance equipment would enhance their operations.

He said, “People have the impression that nothing is being done to combat vandalism, but a lot is being done. Distribution companies and power generation firms should have CCTV to protect their facilities.

“Bushes around the power facilities should be cleared and light should be installed, this would assist security personnel and prevent snake attacks and ambush by vandals. It is not about ‘talk-talk alone’ but let’s work too”.

Abolurin stated that the NSCDC needed the support of the power ministry as well as the DISCOs and GENCOs to make progress against vandals, who had destroyed gas pipelines, leading to a sharp drop in power generation and supply in the country.

The Permanent Secretary, Ministry of Power, Godknows Igali, urged the GENCOs and DISCOs to sponsor radio and television programmes to enlighten the public about what projects and the investments they were making in the power sector.