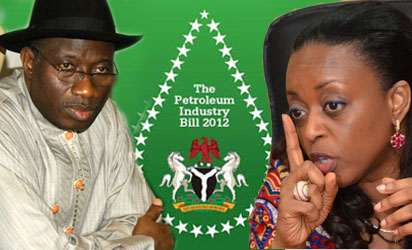 Deputy Speaker of the House of Representatives, Emeka Ihedioha, says the House will commence consideration of the Petroleum Industry Bill (PIB) next week.

Ihedioha, who presided over the plenary on Tuesday in Abuja, disclosed this to the lawmakers.

He said that copies of the report from the ad hoc committee on PIB were circulated to lawmakers for perusal.

It will be recalled that the Chairman of the Ad hoc Committee on PIB, Rep. Ishaku Bawa, (PDP-Taraba) submitted the report of the committee’s assignment to the House in March 2015.

The committee had scrutinised 363 sections and annexure of the original bill and made some amendments and recommendations.

The public hearings conducted by the 23-member ad hoc committee in all the geo-political zones provided opportunities for stakeholders to make their contributions to the bill.

The bill, which covered salient areas, is to ensure the establishment of the Petroleum Equalisation Fund and incorporation of National Gas Company.

Others are the establishment of Petroleum Directorate and National Asset Management Company as well as imposition of new tax regime such as Nigeria Carbon Tax.

The committee in its report recommended the removal of Section 191 of the bill, which gave the president discretionary powers to grant petroleum licenses.

However, the amendment recommended is proposing bidding process for the award of licenses.

Other amended areas include Section 174 which recommended that 30 per cent of Nigerian National Petroleum Corporation (NNPC) shares be sold through public offers at the Nigerian Stock Exchange (NSE).

It further amended Section 185, which proposed that 49 per cent of Nigerian Gas Company shares be sold through public offers at the stock exchange.

Under Section 116, the Petroleum Host Community Fund was created to benefit host communities of oil facilities and installations.

The House of Representatives in Nov. 15, 2012 constituted the ad hoc committee on PIB with the mandate to look into the bill and make recommendations toward passing the bill.

The bill will provide legal, fiscal and regulatory framework for the development of the country’s oil and gas industry. (NAN)