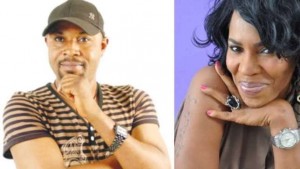 After a lot of confusion if these two would ever get together, the Yoruba stars, Saidi Balogun and Faithia Balogun are now officially divorced after years of separation.

In the court papers, Saidi Balogun was granted unrestricted access to his children.

During the years of separation there were several tales of infidelity from both parties.

Saidi was also not happy about Fathia using his surname when they were separated.