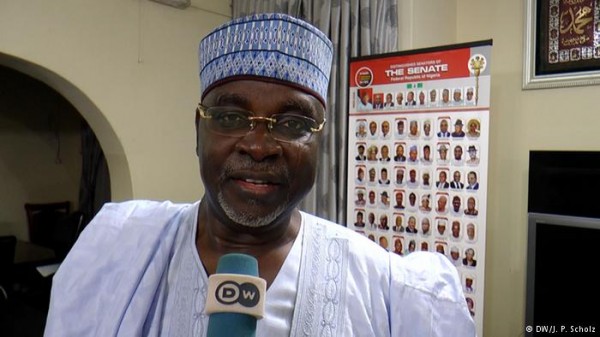 Senate President, David Mark, on Saturday in Abuja, expressed shock over the death of Ahmed Zanna, a senator from Borno State.

In a statement, Mr. Mark described the late lawmaker’s death as one too many.

He described Mr. Zanna as a gentleman, who was mindful of his legislative assignments, welfare of his constituents and the nation at large.

Mr. Mark said the late senator was a fine parliamentarian who contributed his quota to the success of the 7th Senate.

The president of the senate said Mr. Zanna could have waited for the expiration of the 7th Senate, which would be in a few days. He, however, noted that “God knows the best time for a man to be born and when a man should die.

“Sen. Zanna’s death which is coming few days after the demise of Sen. Uche Chukwumerije is a big blow to the Senate and the nation.

“This is certainly not the best of times for us. These deaths in quick succession are heart-breaking.

“We cannot question the will of the Almighty. We can only ask that our Creator gives us the fortitude to bear this sad loss and grant the deceased eternal rest”.

Mr. Zanna, who died at the age of 59, was re-elected during the March 28th National Assembly elections, on the platform of the All Progressive Congress.

He was first elected into the upper chamber in 2011 and was a member of the board of some federal establishments prior to his first election as a senator. (NAN)