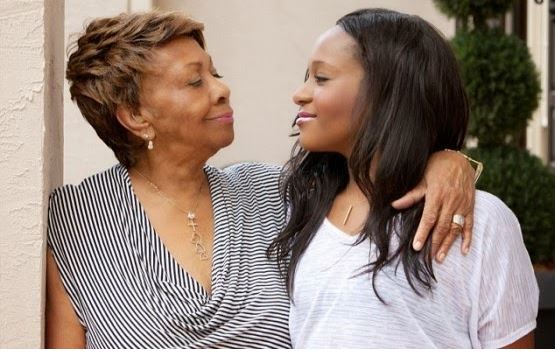 Bobbi Kristina Brown’s grandmother, Cissy Houston has given a sad update on her condition, saying the 22 year old who was found face-down and unresponsive in a bathtub in her home in Georgia on January 31, has made no improvement.

‘She’s the same, she’s not progressing at all. She’s not gone yet, but you know, whatever the Lord decides, I’m ready for her… I have nothing to do with that. That’s His job. It’s His territory, you know? And I understand it.’ the 81-year-old said told ET