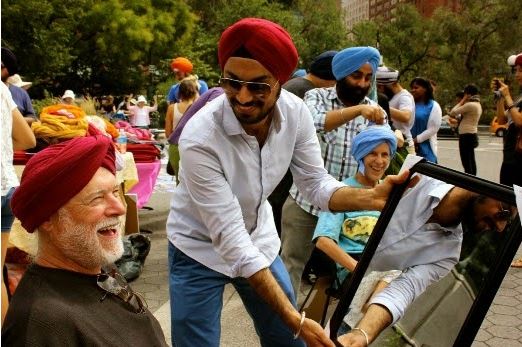 After a 22-year-old Sikh man removed his turban to help an injured boy, a handful of friendly strangers acted quickly to return the favor.

Harman Singh, who lives in Auckland, New Zealand, heard screeching wheels and ran outside to find that Daejon Pahia had been hit by a car, saw the little boy bleeding, took his turban off and helped put pressure on his head to suppress the bleeding.

As television news crews traveled to the Singh’s home for interviews, the world saw a peek into the man’s accommodations — which were plain and lacking furniture.

Inspired by concerned comments from viewers, the staff at the Good News Network got in touch with a local furniture store owner and surprised Singh with a truckload of new furniture for his apartment. Singh said, through tears, “This the biggest surprise of my life.”