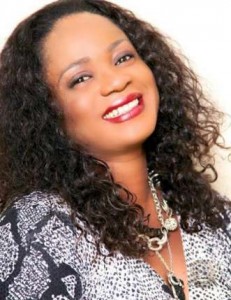 The actress, who is trying to refrain from replying questions bordering on her affair with the Nollywood actor asked if it was impossible to live her life away from Jim Iyke during a recent interview session with Vanguard.

‘Is it possible to live my life away from Jim Iyke? He wasn’t the first person I dated in life,‘ she said when asked about her feelings towards the actor.

When probed further, Steph noted that she doesn’t hate the actor but refused to reply on if she still has a crush on him.

‘I don’t hate him,’ was her terse reply.

Steph Nora, who said she has not been visible in several home videos because she chose to carefully select the movies she features in, revealed that she kept herself busy with soap operas while working on her upcoming TV show.