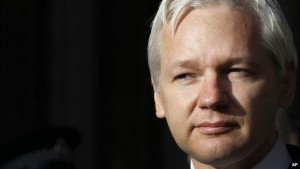 A Swedish court has rejected an appeal by Wikileaks founder Julian Assange against his arrest warrant for alleged sex offences. The warrant was issued by Sweden in 2010 on two allegations of sexual assault. Mr Assange denies the assault claims and has been living at the Ecuadorean embassy in London since June 2012. BBC has more:

“This decision has been taken without letting us close our argument.” The 43-year-old Australian has been living in a small suite of rooms in Ecuador’s embassy since requesting asylum in 2012 to avoid extradition.

Mr Assange denies the allegations of sexual assault, made by two women he met during a trip to Sweden in August 2010. He claims they are part of a plot to extradite him to the US because of Wikileaks’ publication of thousands of classified US documents.