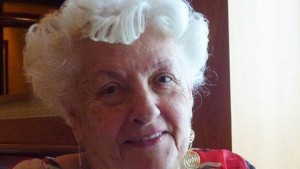 For most of us a cruise around the world aboard a luxury ship is nothing but a fantasy, but for Lee Wachtstetter it’s everyday life. The 86-year-old has been living on the Crystal Serenity cruise ship for the last seven years, hardly ever setting foot on dry land.

The Florida woman sold her five-bedroom home in Fort Lauderdale shortly after she lost her husband ,Guy Mason Wachtstetter, to cancer, and moved into the stateroom of a Holland America Line ship. When that ship discontinued its dance host program, she moved to the 1,070-passenger Crystal Serenity, where she has been living for the past seven years!

The octogenarian has completed over 200 cruises, including 15 round-the-world trips. Although the Crystal Serenity has stops in over 100 countries, she rarely ever goes ashore, and keeps in touch with her family through the internet and visits them whenever her ship docks in Miami.

Living on the Serenity costs Lee an estimated $164,000 per year, including her room, meals, beverages, dancing programs, entertainment, movies, lectures, and cocktail parties with the captain. The Crystal Serenity also has a chef’s garden, retail stores like Christian Dior, a theater, and all-you-can-eat buffets that Lee claims have left their mark on her figure. Apart from dancing and other scheduled activities, Lee says that she has been keeping herself busy with needlepoint. Everything she makes she gives away to the crew, whom she has come to see as members of her own family. In fact, the crew goes to such great lengths to make her feel comfortable that she isn’t sure if she’d ever be able to readjust in the real world again.