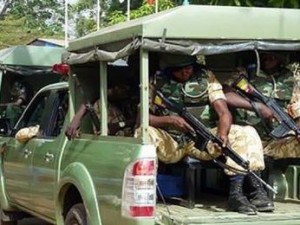 “We are still in shock over what the military did to our people. As I speak with you, the corpses of our people killed still litter the villages; scores of houses were burnt and some of the villagers were burnt in their homes, including children and the aged,” Thisday quoted the traditional ruler to have said in a telephone interview.

Reacting to the allegation, spokesman of the Special Task Force (STF), Capt Ikedichi Iweha said there was no truth in the claim.

According to him, following frequent attacks on communities around the Plateau-Taraba border by some militia, the STF and soldiers from the 3 Armoured Division of the Nigerian Army had been carrying out operations targeted at flushing out the militia. He wondered why soldiers working very hard to protect the people would now turn on them.