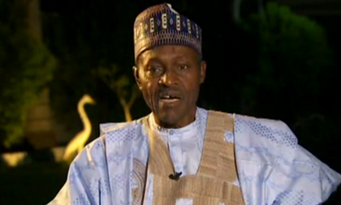 The Rivers State chapter of Trade Union Congress (TUC) has called on the incoming administration of General Muhammadu Buhari to beam its searchlight on the country’s subsidy regime.

The Rivers TUC Chairman, Comrade Hyginus Chika Onuegbu, in a statement issued in Port Harcourt on Tuesday, alleged that independent marketers of petroleum products in the country were blackmailing the Federal Government to pay them their claims irrespective of the fact that such claims do not tally with government’s figures.

The statement further alleged that the payment for fuel subsidy is fraud, while the template of the Petroleum Products Pricing and Regulatory Agency (PPPRA) was deliberately framed in favour of the marketers.

It reads in part, “The whole subsidy scheme should be thoroughly investigated by the incoming government. Much of the fuel subsidy payment is fraud and the PPRA template is deliberately framed in favour of the marketers.

“The marketers are essentially blackmailing the Federal government to pay them their claimed notwithstanding the fact that the government does not agree with their figures. They are simply holding the country to ransom and this must be stopped.

“The incoming government of General Buhari should investigate the subsidy scheme, recover every Kobo paid in error or fraudulently, and punish any person who has stolen from the subsidy. We must also as a country decide whether we must continue with fuel subsidy or find better alternatives”.