What Nobody Will Tell You About Buhari’s Inauguration Ceremony

Nigeria’s president, Mohammed Buhari, wore a smile all through his inauguration ceremony that took place today at the Eagle Square, Abuja. The event, which took place under a sunny sky, as with previous swearing-in ceremonies was attended by past Nigerian presidents, foreign diplomats and highly distinguished guests. 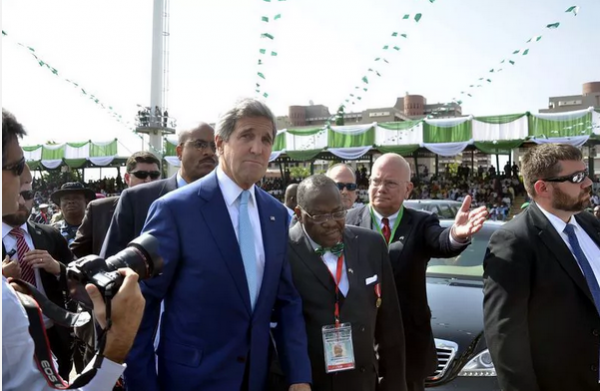 A series of security checks signalled the commencement of the event as guests were ushered in and entertained to the delightful compere of the famous Bisi Olatilo. Guests were entertained by Peter and Paul of P-square, Faze, Ayinde-K1 the Ultimate, and a few local entertainers.

The high point of the event was the swearing-in of Buhari as the 4th democratically elected president since 1999 when the country returned to democracy. Buhari then proceeded to receive the 21-gun salute and release the symbolic white pigeons into the air to symbolise peace. President Buhari inspected the parade by the Nigerian army and went on to deliver his inaugural speech.

Delivering his speech the president declared that business will not be as usual and promised not to interfere with other arms of government, the legislature and the judiciary. He had a quote for those suspecting that he might be a political tool in the hands of influential politicians. He said ‘I belong to everybody and I belong to nobody’. He went further to dampen the fears of those that can be classified as his ‘political enemies’ saying their suspicions are ‘groundless’.

President Buhari then charged law enforcement agencies to be law abiding, promising that law enforcing operatives will discharge their duties according to the law under his administration. Knowing that the task ahead of him requires the participation of everyone President Buhari canvassed for the support of Nigerians. “Government cannot succeed without the support of labour unions, civil society, and the press including the social media,” he said. 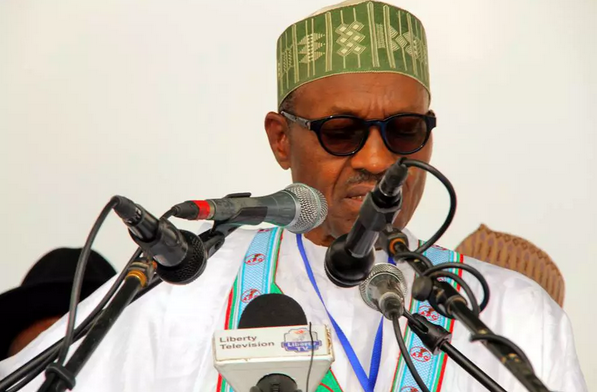 As regards repositioning the public service the president had this to say: “We shall rebuild and reform the public service to become more effective and more serviceable. We shall charge them to apply themselves with integrity to stabilize the system.”

He then charged the judiciary “to act with dispatch on all cases especially on corruption, serious financial crimes or abuse of office” saying that the three arms of government would have to “act constitutionally” so that “government will be enabled to serve the country optimally and avoid the confusion that often bedevils governance”.

Meanwhile, dignitaries at the event expressed their hopes that the Buhari government would bring all round development in the country.

The former governor of Anambra state, Chinwoke Mbadinujj, who could not hide his joy, said “Nigerians are happy’’.

Sokonte Davies, a member of the House of Representatives said “it is epoch making and I think it has marked the beginning of the maturity of Nigeria’s democracy”.

Ramatu Aliyu, the APC’s national women’s leader, and Mansur Dan Ali, an APC leader, pleaded with Nigerians to be patient even as they expect President Buhari and Vice President Osibajo to live up to Nigerians’ expectations.

“Nigerians should please be patient with us. The burden we have had in the last 16 years cannot be removed in a short period,” Ali said.

A United States delegation which was led by the secretary of state, John Kerry, was also present to grace the occasion.

Meanwhile, after attending Buhari’s inauguration ceremony, the former president of Nigeria Goodluck Jonathan arrived in Yenagoa, the capital city of his home state of Bayelsa.

Share
Facebook
Twitter
WhatsApp
Previous articleI Belong To Everybody. I Belong To Nobody – President Buhari
Next article“I wasn’t interested in politics” – GEJ | Photos From Reception In Bayelsa
- Advertisement -Ad ==> Discover how a young Nigerian graduate now makes a consistent 40k per week doing a legitimate online business. You too can start yours now, click here!!!