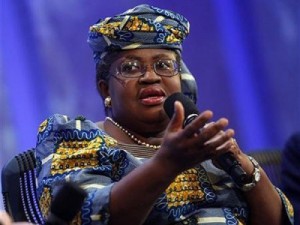 Coordinating Minister for the Economy and Finance Minister Ngozi Okonjo-Iweala says she did not hire PricewaterhouseCoopers (PwC) to conduct the forensic audit of the Nigerian National Petroleum Corporation (NNPC) following a missing $20 billion.

The minister said this in reaction to a suit filed against her by SIAO Partners, a group of three accounting firms, over breach of Nigeria’s local content laws.

In a statement signed by her Special Adviser Paul Nwabuikwu, Okonjo-Iweala wondered why the aggrieved firms could not do their work thoroughly to determine certain basic facts about the issue.

“It has come to the attention of the Coordinating Minister for the Economy and Minister of Finance, Dr Ngozi Okonjo-Iweala that SIAO Partners, a group of three accounting firms, has filed a suit against her before a Lagos High Court.

“The CME is astonished by the news of the said court action which is spurious in the extreme.

“It is shocking that professionals of the calibre of the SIAO Partners can embark on this kind of legal action without taking the trouble to do the minimum amount of homework to confirm basic facts.

“Okonjo-Iweala did not appoint the PWC to carry out the audit,” the statement read.

The minister therefore urged those behind the suit to drop it or face her in court.

The government had last year tried to counter an allegation by Former Central Bank governor, Lamido Sanusi, that $20 billion oil money had been stolen, hence the hiring of PwC to audit the NNPC accounts. However, the report was not publicly released after the audit raising further questions. Outgoing President Goodluck Jonathan, apparently in a bid to leave office on a good note decided to release the report but the content of the report has done more harm than good, especially with PwC saying the work should not be relied upon, as it failed to meet international standards.

Okonjo-Iweala, who had been at the forefront of the government’s economic decisions for years claims she did not hire PwC but it is on record that she played a major role in the process.

Speaking at a panelist discussion on the topic: “Africa Rising,’’ at the ongoing 24th World Economic Forum on Africa, in Abuja last year, the minister had announced that PwC would be carrying out a forensic audit.

“We, at the Ministry of Finance had, for two years been reconciling these figures with the NNPC to know what they are supposed to remit to the federation account,” she had said.

“Our feeling is that the only way is to have a forensic audit that would let Nigerians know the truth about the issue.

“There is a forensic audit which the government has approved and it is being done by PwC, under the supervision of the Auditor-General for the Federation.

“The auditors said they needed 12 to 16 weeks to do that and all these would be clarified.”