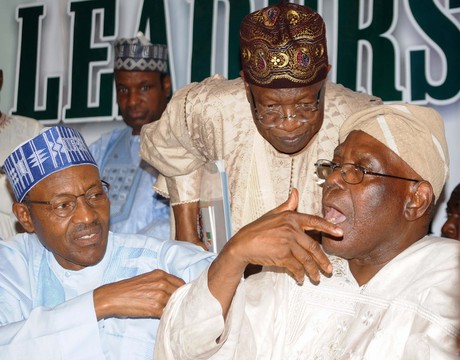 The former Interim Chairman of All Progressives Congress, Chief Bisi Akande yesterday maintained that the party will not zone the Senate President to any geo-political zone, urging senators-elect and other stakeholders to beware of speculations.

Mr. Akande pointed out that zoning was not in the APC Constitution, which he said has been adhered to rigorously before, during and after the electioneering, adding that the party will not follow in the footsteps of the Peoples Democratic Party (PDP).

Acknowledging that the struggle for the number three position among the APC senators-elect has generated wide-ranging interests, the former interim chairman said the party will not indulge in the politics of zoning at a time it is taking over power from a “delinquent PDP administration”.

He argued that zoning bred a prodigal National Assembly under the PDP leadership, assuring that the incoming APC government will like to maintain a clean break from the sordid past by producing a Senate President that will preside over the National Assembly in accordance with the vision, policy and doctrine of the party.

The elder statesman made these known yesterday at the Protea Hotel in Lagos when reporters sought his opinion on the choice of the next Senate President, the policy direction of the incoming Muhammadu Buhari Administration and public expectations about the new dawn.

Mr. Akande also ruled out the possibility of serving in the incoming APC government as a minister on account of old age, adding that he would prefer to be a member of Buhari’s private kitchen cabinet, which will play advisory roles.

The former Osun State governor reflected on the 16 years of PDP’s rule, saying that out-going President Goodluck Jonathan is the worst President in the history of Nigeria, adding Nigerians will not miss him because he is not leaving behind worthy legacies.

He stressed that the battle for the Senate President will not divide the APC assuring that the party will resolve the in-house contest without creating any animosity that can be exploited by the PDP.

However, he insisted that the party will not adopt zoning.

Akande stressed: “Zoning is very strange to my party. There is no zoning in our constitution and we don’t want to copy the PDP in anything we are doing. We want to be very weary and careful about things. We have the best of brains and culture among our leadership. And we want to give Nigeria the best. Because of that, we don’t want it to become part of our culture at the beginning.

“It is true that, sometimes, after the elections, the national chairman wanted to toy with the idea of zoning and unanimously, we said no. We don’t want to zone. We are taking over from a delinquent administration and one of the most prodigal institutions of that administration is the National Assembly. I used the word prodigal because, according to the governor of the Central Bank, the recurrent expenditure of the National Assembly was N10 billion at the beginning. But, it rose to about N150 billion and the clamour in the country is that their personal income is prohibitive and in secrecy. So, all these created, may be, the scramble for the leadership of the National Assembly.

“We don’t want our party to be involved in the prodigal nature of the National Assembly. To prune it down, we need to do a lot of compromising and sacrificing and we need to select among the leaders of the party who are members of the Senate that will be able to control the culture of the National Assembly according to the policies of our party. So, because of that, we want to be cautious about zoning. We unanimously agreed that we didn’t want to zone”.

According to Akande, zoning could throw up certain challenges if adopted, explaining that there may not be a common ground on its elements.

Stressing that both options may be counterproductive, he added: “Everybody is free to fight for the position. I want the best man to occupy the position. The trouble we have is that some people are asking for zoning and we are asking questions? Is it zoning according to nationalities? If yes, within the Northcentral alone, there are many nationalities. Not one, not two, two three, not four. Is it zoning according to religion? So, we want to be very careful. We don’t introduce into our system what has not been there before.

“We don’t want to say choose on the basis of being Christian, Muslim, Yoruba, Igbo, Hausa. Otherwise, we won’t be able to get the best in terms of appointment. That is why we have not sat to zone it to anywhere. We are trying to manage those who are vying for it so that the best man will get there. Compromises would have to be made and sacrifices would be welcome”.