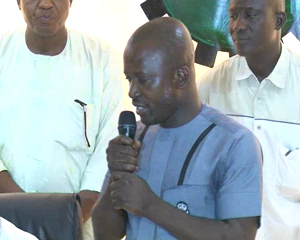 The National Association of Nigerian Students, NANS, has advised President Jacob Zuma of South Africa to stay away from the presidential inauguration of Gen. Muhammadu Buhari on May 29.

The Association also threatened to storm the Nnamdi Azikiwe International Airport, Abuja, should the South African President step into the country’s airport.

The umbrella body for Nigerian students of public tertiary institutions, said Zuma should keep off as his visit will be an insult to the sensibility of Nigerians over his alleged poor handling of the xenophobic attacks on Nigerians and other migrant foreigners in South Africa.

A statement by NANS President, Tijani Usman, noted that Zuma’s inability to “apologise to Nigerians like he did to Mozambique”, despite the sacrifices the country made for South Africa during its dark days of apartheid, was unfortunate.

He said, “We wish to advise the South African President (Jacob Zuma) to rather stay at home and address burning issues, rather than embarking on a visit that is the least desirable.

“The South African President’s failure to apologise to Nigeria for the losses the country and our citizens incurred during the xenophobic attacks on foreigners leaves a bitter taste in the mouth. There is therefore, no point felicitating with a people who clearly do not matter much to you. President Zuma’s visit will only amount to pretence”.

Mr. Usman reiterated the body’s earlier position that it will henceforth not hesitate to clamp down on South African investments in the country should any incident of xenophobic attacks recur.