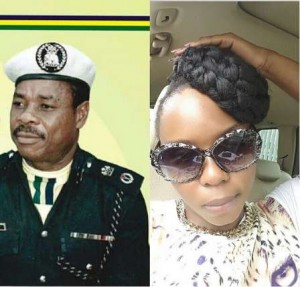 Petite singer, Yemi Alade has opened up on how she misses her late father and has taken to connecting with him via her hair.

The controversial pop singer lost her Dad, on January 16, with the funeral planned for tomorrow (May 7) and the day after (May 8). Her dad was an officer in the Nigeria Police Force.

The singer who is deeply affected by his passing, shared a picture of her new hairstyle, and likened it to her late father’s official beret.

She drew the comparisons with the touching caption: “Today i wear my hair like MY DAD’S BERET ..#tillWeMeetAgain Dunno wat to expect tomorrow …but u will forever b in my heart and God my comfort.”

Earlier on January 18 2015, the singer had shared a photo of her Dad with the caption: “God bless. Heaven has gained an Angel of inestimable value” she wrote in the caption of her Instagram post.