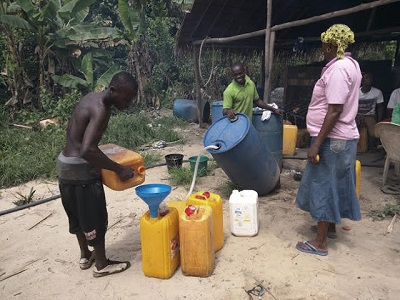 The Rivers State Government said on Sunday that 70 of the 80 persons who took contaminated local gin, also known as Ogogoro, earlier this month, died.

Nnanna Onyekwere, the Director Public Health Services, Rivers Ministry of Health, told the News Agency of Nigeria in Port Harcourt on Sunday that two of the survivors had visual impairment. He said the cases were reported in Woji and Gokana communities in the state.

“So far, in the past one week, we have not had any more deaths or new cases. The situation has been under control.

“In the beginning, it started somewhere in Woji and by the time we had the last count, we had about 80 persons tracked down, who took the drink, out of which 70 had died.

“The rest survived while two had visual impairment as a result of the drink”, he said.

According to Mr. Onyekwere, the state government had liaised with the relevant stakeholders, especially dealers of the local gin, to educate and enlighten the people on current happenings.

“The state has done so much already. We started with public enlightenment with grassroot mobilization in collaboration with the National Orientation Agency and Road Transport Workers.

“Luckily, with the Federal Government’s announcement banning the gin, NAFDAC and the police are now working with us. We have achieved success in terms of control”, he said.

Mr. Onyekwere said the state government had done a line listing of those affected, getting their level of disability or those who lost somebody because government wanted to assist them.