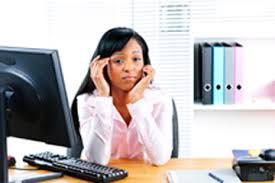 It doesn’t matter who you are or what you do, if you don’t have energy, you don’t have a life. Below, you’ll find the eight things energetic people do every day to keep themselves productive, effective and successful in their lives and careers:.

1. They do meaningful work.

Lately, we’ve been hearing more and more folks talk about this concept of meaningful work. Newsflash: This is nothing new. People have been asking questions about the meaning of life since Aristotle’s era.

The reason why there’s a higher percentage of energetic people who do meaningful work is because they don’t have to try as hard as the average employee in order to actually do their jobs.

2. They get enough sleep.

Sleep screws you up in so many ways, I could write an entire article about it. You know how important sleep is; I don’t have to tell you. But, it’s worth putting on this list as a reminder.

The most energetic people in the world sustain their levels of intensity by getting at least 7-to-8 hours of sleep every single night.

And, they don’t just get this amount of sleep on some nights or most nights; they get it every night. Make this change in your sleeping habits, and you’ll be that much closer to becoming an energetic person.

3. They take specific periods of rest and renewal.

In their book, “The Power of Full Engagement,” authors Tony Schwartz and Jim Loehr describe a study they conducted in which they noted the difference between the best athletes in the world versus the rest.

You know what they found? The best of the best take small periods of rest between sets, quarters or breaks, but they don’t do it the same way their peers do.

A tennis player, for example, might walk away after a set, playing with the strings on his tennis racquet, while his opponent uses those few crucial seconds to stress out about what to do next.

4. They do what it takes to stay fully charged.

When I interviewed best-selling author, Tom Rath, about his book, “Are You Fully Charged?” he told me there are three keys to energizing your work and life:

2. Interactions (Surround yourself with the right people.)

3. Meaning (Do meaningful work that gives you a sense of purpose by focusing on how it benefits other people rather than just yourself.)

We’ve mentioned some of the above already, and we’ll dig deeper still as we move along into the rest of this article, but the key here is the power that comes from combining the three on a regular basis.

When you can do that, you’ll experience the energetic charge you’ve always wanted.

Most people think eating a big breakfast is a healthy habit. I disagree with most people. A “big” breakfast may provide you with an initial spike of energy, but it often comes along with an energy-draining crash by lunchtime.

This makes you think, “I’m tired; that must mean I need to eat something.”

Eating well is not about eating big the moment you rise. Eating well is about maintaining proper portions of nutritious foods that correspond with your daily activity level.

If you wake up, plow through a bagel and a glass of orange juice, drive to work and then sit behind a desk for the next several hours, you’re not eating well.

This is because the bagel and juice convert to sugar, which causes an insulin spike, followed by a major crash.

A better alternative might be something like a green drink and some scrambled eggs cooked with coconut oil.

This gives you a proportional amount of fiber, protein and essential fatty acids to keep you energized and focused to dominate your day.

The benefits of exercise are far and wide. The most successful thing I’ve ever done to become a more energetic person is exercising regularly.

One of the reasons exercise increases your energy is because it boosts your metabolism and gets your blood pumping and flowing through your body.

It even helps with cognitive function.

If you want to join the ranks of the most energetic people in the world, you’ve got to get into the habit of exercising regularly. Doing it first thing in the morning is best.

There’s a substantial amount of evidence behind the power of mindfulness. When I had author Dr. Elisha Goldstein on my podcast to talk about his book, “Uncovering Happiness,” he told me about a simple solution to cultivating more calm into your day by using what he refers to as The STOP Practice:

It seems simple enough, right? Try it out, and this simple little routine will have a major impact on your ability to maintain a calm and steady sense of energy in your day-to-day activities.

8. They are constantly learning.

A good number of highly energetic people have a voracious appetite for learning. They read articles about topics they’re interested in. They read books about how to improve themselves.

They listen to audiobooks. They take courses. Energetic people are curious people, and they’re constantly on the lookout for new and interesting learning opportunities.