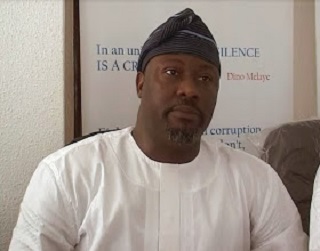 The Senator representing Kogi West, Dino Melaye, has said that the candidate of the Peoples Democratic Party, Ike Ekweremadu, won the election for Deputy Senate President because some members of his party, All Progressives Congress, APC, did not attend the inauguration.

Mr. Melaye, who supported the candidacy of Bukola Saraki for Senate President as opposed to the APC’s choice of Ahmed Lawan, made the comment while briefing the press at the Senate on Wednesday in Abuja.

He argued that if all APC senators were present at the inauguration, they would have voted for Ali Ndume, who vied for the position.

“Those who made APC to lose the Deputy Senate Presidency yesterday are those who stayed away from the Chamber”, he said, referring to pro-Lawan lawmakers, who were reportedly at the International Conference Centre, where they were billed to meet President Muhammadu Buhari.

“If they had come, we would have won.

“For you to know that we stood by our party, we nominated Ali Ndume. We, who were in the chambers as at the time of the election were 20 APC members and we voted for Ndume as at that time”, he said.