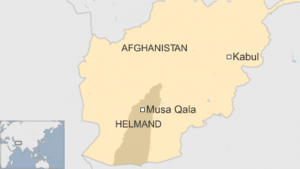 The Taliban said they had killed as many as 25 officers and seized a large number of heavy weapons. The Taliban have stepped up attacks across the country since the departure of most US and Nato forces last year. Police spokesman Mohammad Ismail Hotak said the attacks started late on Friday and fighting was continuing on Saturday.

He said police reinforcements had been sent from other districts. Most of the checkpoints attacked had been small, with just two or three men, but insurgents had also targeted larger facilities, Mr Hotak added.

He said at least 10 officers had been wounded and that the Taliban had suffered heavy casualties. Police in remote areas of Afghanistan are often poorly trained and ill-equipped, and are vulnerable to attack, correspondents say.