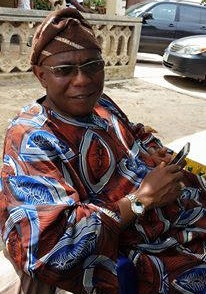 Kingmakers in Akure on Sunday selected Prince Aladetoyinbo Patrick of Osupa Ruling House as the new Deji of Akure, 18 months after the demise of former occupant of the throne, Oba Adebiyi Adesida.

The News Agency of Nigeria reports that the stool became vacant on December 1, 2013, when Adesida, from Ojijigogun Tuling House, died after reigning for three years.

NAN learnt that Aladetoyinbo was unanimously selected among 13 people who showed interest in the throne.

NAN also reports that the Osupa Ruling House had on Friday forwarded a list of nominees to the kingmakers after a meeting at the residence of its head, Dr Ade Ogunleye.

The meeting was attended by officials of Akure South Local Government, who were there to observe and supervise the proceedings.

The Ondo State Government had on Monday written a letter through Akure South Local Government, directing the ruling house to nominate a candidate for the approval of kingmakers.

However, the deposed traditional ruler of the city, Prince Adesina Adepoju, had gone to court, seeking an injunction restraining the state government, the ruling house and the kingmakers from approving any candidate for the stool pending the determination of his suit.

Adepoju, who is also from the Osupa Ruling House, claims‎ that he is still entitled to the throne since, according to him, he was wrongly removed from the stool.