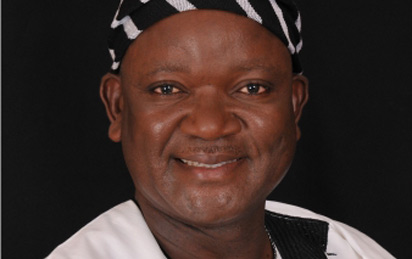 The Benue House of Assembly on Thursday approved the request of the state’s executive arm to borrow N10 billion.

The House gave the approval in Makurdi during a plenary session.

The letter, seeking the approval of the House to borrow the amount, was signed by the Secretary to the State Government, Targema Takema.

The letter said that the governor of the state, Samuel Ortom, inherited an empty treasury.

Reading the letter, the Speaker, Terkimbi Ikyange, said that reliable information from the state Ministry of Finance indicated that the state treasury was empty.

He said that many state-owned agencies were on strike thereby grounding government activities as a result of non-payment of salaries.

Mr. Ikyange said the College of Health Sciences of the Benue State University (BSU) in Makurdi would soon face de-accreditation with financial implications.

He said the funds would enable the executive to embark on projects and to pay salaries to move the state forward.

Benjamin Adanyi, a member representing Makurdi North State Constituency (APC), said that members of the 7th Assembly were unable to collect their severance package because the state treasury was empty.

Mr. Adanyi said the inability of the government to carry out any meaningful development was because of the empty treasury.

He enjoined his colleagues to look at the request dispassionately, stressing that they should consider it without sentiments of any sort.

Joseph Ojobo, a member representing Ogbadibo State Constituency (PDP), lamented that the non-payment of salaries almost cost him his re-election.

He, however, enjoined the state government to reduce borrowing, but fashion out ways to boost internally generated revenue to complement the federal allocations.

Ianna Jato, a member representing Katsina-Ala East State Constituency (PDP), seconded the motion, but urged the state government to make judicious use of the money.

Ms. Ikyange put the matter to vote and members unanimously voted in favour of the request.

He directed that the House had approved the request of the state government to borrow the sum of N10 billion.