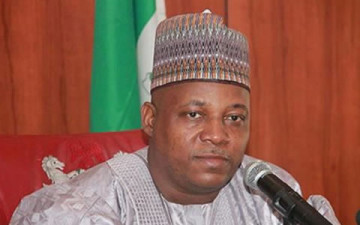 Governor Kashim Shettima of Borno State said the government has concluded plans to commence the reconstruction of communities destroyed by the insurgents to enable the inhabitants to return home.

Communities in 22 out of the 27 local government areas of the state were ravaged by the Boko Haram insurgents after years of attacks.

Shettima spoke to newsmen in Maiduguri on Saturday after his return from a foreign trip.

“The most important thing now is how we can reconstruct our communities and villages destroyed by Boko Haram so that our people can start going back home.

“We are going to use our meagre resources to start reconstruction of damaged communities, pending when the Federal Government will come in”, he said.

Shettima said some communities with minimal damages had started returning.

According to him, people from behind the hills in Gwoza cannot go back home because their communities have been completely wiped out, where are they going to stay.

“But for those with limited damages like Monguno and Damasak, they can gone back.

He expressed optimism that the Federal Government would support the state towards rebuilding the structures.

“We believe that in the coming months, the Federal Government will come to our aid”, Shettima said.

He said lasting peace will soon return to the state, following the recent efforts by the Federal Government.

Shettima who accompanied President Muhammadu Buhari on a trip to the neighbouring Chad, Niger Republic and the G7 Summit in Germany, said the meetings were fruitful. (NAN)