At least 39 people have been killed in an attack on a tourist hotel in the Tunisian resort town of Sousse.

According to TAP, the Tunisian Interior Minister reported 39 dead, many of whom were guests at the Hotel Riu Imperial Marhaba in Sousse, .

Sousse is one of  Tunisia’s most popular beach resorts, drawing visitors from Europe and neighboring North African countries. 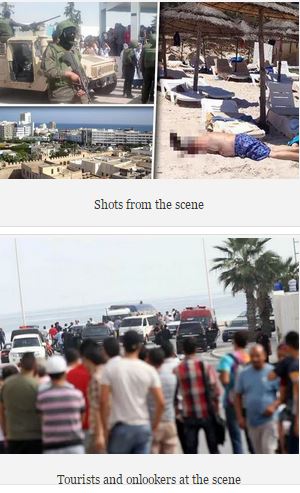 The attack is the latest in Tunisia, a North African nation, which has attracted visitors for its culture and Mediterranean Sea beaches.

A suicide bomber was said to attacked the resort on the Mediterranean coast, which is popular with tourists.

Gun shots were heard fired on the beach. 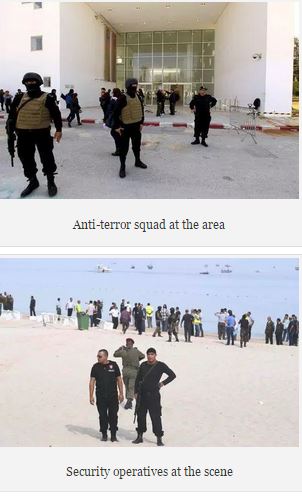 Officials said there were mutiple causalties, “One gunman was shot dead and another being pursued,”officials said.
The body of the gunman that laid at the scene with a Kalashnikov assault rifle.
One witness, a certain David Schofield who heard an explosion while sunbathing by the pool told Sky News: “We heard people saying there were guns on the beach and people were shooting on the beach.”“I don’t know what’s going on.“I went to reception and they said the police have told us to get everyone inside.

“About five minutes ago I saw some people running. There are some people on the roof but I think that’s a representative from the hotel.

“No one is injured that I can see.” David narrated


Reports have it that Some were left to barricade themselves inside their hotels using mattresses.

Details are stilling coming in as to which property(ies) have been affected. “We are currently gathering information and will provide an update as soon as possible. Our teams on the ground are offering every support to our customers and their families in the area,” Officials of the resort said.


In must be recalled that in March, at least 23 people died when gunmen stormed the landmark Bardo Museum in Tunis.

Today’s terrorist attack follows two other attacks in France and Kuwait, in what seem to be an unprecedented day for terrorists.

One person was reported dead in France, decapitated after an attack on a chemical factory, two others were reported injured. 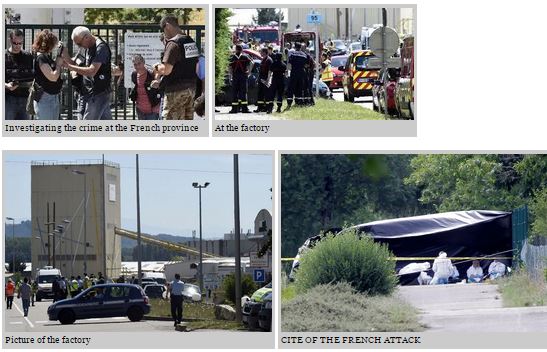 A suspect is currently being questioned with regards to the incident.

While a bomb which struck the Imam Sadiq Mosque in a busy area of Kuwait City’s Al Sawabir district left at least 27people dead and 227 others injured. 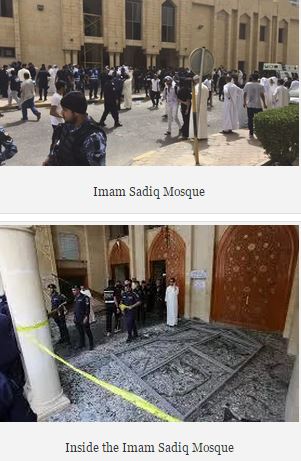 In total today, from the three countries, 55people have died in terrorist related attacks.

ISIS has claimed responsibility for the killings in Kuwait, no claims have come yet for the attacks in Tunisia and France.