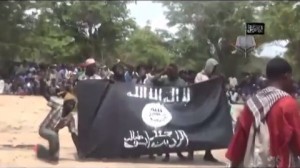 President Muhammadu Buhari will, this week, travel to Chad and Niger for talks on Boko Haram, his spokesman Shehu Garba said today.

According to him, the two-day trip starting on Wednesday will focus on “matters of security”, as the cooperation of Nigeria’s neighbours is seen as crucial to ending Boko Haram insurgency in the country.

Buhari had upon his swearing in on Friday, vowed to crush the “mindless” and “godless” Islamist group.

Two attacks followed the president’s inauguration in about two days, bringing to fore the need for urgency in crushing the terrorists.

Boko Haram has been perpetrating attacks across the country since 2009 and has killed more than 15,000 people. The sect says it believes western education is sin and wants to establish an Islamic state in the country.