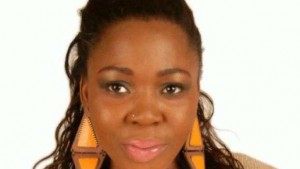 It’s seems the rumors that she has been cursed are actually true.

Some of you might remember the Yoruba movie actress Yetunde Akilapa, who was caught stealing and disgraced in public a while ago.

Well, she is in the news once more for stealing again.

Akilapa who has been caught stealing twice, reportedly stole from the shop of the woman she is working for.

It has been reported that the actress has been working for a business woman since she fell on hard times.

According to reports, the business woman bought new iPads, iPhones and laptops to the shop. During the night, when the shop was closed, Akilapa came back and opened the shop with a master key.

She allegedly took some of the phones, pads and laptops but was caught in possession of the items. Yetunde Akilapa was arrested and locked up. She is currently in custody and waiting to be arraigned.

Her sister blames Yetunde’s ‘condition’ on a curse their mother placed on her year ago.