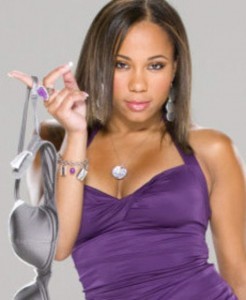 My name is Debby Johnson, my friends call me DJ and this is my story.

I’ve been working as a customer care rep for close to 2 years at a financial audit firm in VI Lagos. I had a pretty normal life until I slept with my boss. Actually, I slept with “the boss”. I think a trip down memory lane should suffice…

I’m a girl in my late 20s, I have a great job, an apartment I share with my two best friends in Surulere, a great relationship with my colleagues, and potential suitors. A normal, but wonderful life. What more can a girl want? Might I add, I don’t look too bad as well. With deep brown eyes that draw you in, a body curved in all the right areas, I have a body and face you can’t easily forget. Teehee…

My boss knows that I work very hard. I’m usually the first in the office and the last person out, but “the boss” doesn’t get this. Let me explain, my boss has a boss, who is directly under “the boss”. We hardly have to relate with “the boss” although, we do see him on certain occasions. We just work and report to our boss and progress reports move up the hierarchy to “the boss”.

His name is Badmus, but we call him ‘Badboss’. Now Badmus is every woman’s Mr right: tall, well-built, beautiful eyes and a smile to die for. Actually, he is the most eligible of all bachelors; born to a Nigerian father by an Italian mother, he’s got the looks. Good looks and money makes him the total package. I truly consider it a privilege to have met him, but I don’t like him. Well, not really anyway.

Let’s just say he is not my type of man. Or is he? He’s too handsome. How can he now be finer than me? No oh. Then to add to that he’s the type of man who is all too aware of the power he wields which makes him arrogant. He has money oh. Ah! Besides, I’m pretty sure I’m not his type sef.

Everything changed when my boss told me I will be attending a conference in Abuja with “the boss”. Me? DJ? Any girl in that office would be thrilled to go with him, but me? No way! That man hates my guts. This man has a way of making me feel bad about myself. Not even directly though, but through my bosses. So I knew I was officially in hell. If only I could tell him I don’t want go with him but my boss wouldn’t let me off that easy. I decided to go and experience hell in Abuja.

We lodged at the prestigious Grand Towers Hotel in Abuja. That was my first time at a 5 star hotel, so let’s just say I was in awe. Upon entering the grand foyer, we had workers at our beck and call. As I made my way into my own room, it felt like I was being transported to a different universe. What didn’t they have in that room; jacuzzi o, fully stocked bar, room service and everything. Hay! ‘Abuja laiyewa o’.

Gosh, conferences are mood killers. I kept falling asleep during the presentations. Why was I being made to sit through that? I just hope I didn’t drool o. We had several meetings with clients and I was essentially just being used as an accessory. After what seemed to last forever, the conference was done and it was time to go home. Truthfully, I gained very little from the conference. My own happiness is that I saw eye candy sha… I swear I fit move go Abuja soon o.

I had to write up a report for last meeting with a client so my “Badboss” invited me to his room. Funny thing is, this report could actually wait, but the guy is a workaholic and I just wanted to get it done with already. In between working on the report, we shared a bottle ofCabernet Sauvignon. So fancy. One thing led to another and we began to trail off business.

It turned into what I call “Oga getting to know a member of his staff”. Ghen ghen. He talked about his over ambitious journey to success and the challenges he had to face to get to the top. According to him, “business school didn’t come easy.” – in a very cocky tone that I found cute and some how made my thighs vibrate. My God! The man is actually gorgeous. I smiled sheepishly with an adoring stare all over my face and he smiled. He kept on staring at my face and it began to feel like he was staring at my breasts. At this point, my nipples had gotten hard and I must have gotten really drunk or crazy because I kissed my boss.

OMG! He kissed me back. I couldn’t even explain what happened there but it got really intense. Oh hell, I want to my screw my boss. I was just thinking it, but he began to get into it. I knew I should have stopped him when he began to take off my top, but I did the exact opposite. I helped him take off his own clothes.

Somehow, our clothes began to grow wings and began flying across the room. I wanted this so bad; there’s no way I was going to stop after it had gotten so electric. I’m gonna screw my boss now and regret it later; it’s obvious he wanted this too. I guess later is not such a long time because when I woke up and saw my boss lying next to me on the bed, I embarrassingly snuck out of the room.

I will pretend this never happened, it’s going to be our little secret “what happens in Abuja stays in Abuja.”