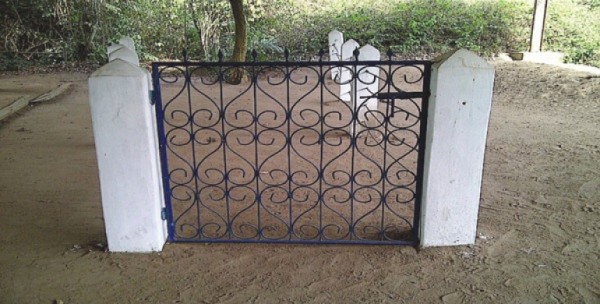 A site, hidden away in the dense rain forests of south-western Nigeria is believed to be the burial ground of the biblical Queen of Sheba. This burial site is itself located within a large area which is surrounded by the ancient Eredo earthwork and is believed to be the wealthy Queen Sheba’s Lost Kingdom.

The small, sleepy village of Oke-Eiri, located on the outskirts of Ijebu Ode, in Ogun State, hosts this burial site of the ancient Queen, and has been the destination of local pilgrims for centuries who come to pay homage to the sleeping legend.

The Christian Bible described the queen as a women of immense power, intellect and wisdom, who came to visit King Solomon when she heard of his outstanding wisdom. It was recorded that she came with “a very great caravan of camels, carrying spices, large quantities of gold and precious stones”. It was also stated that “never again where so many spices brought into Israel as those the Queen of Sheba gave to King Solomon”. In Islamic tradition, she is commonly referred to, as Bilkis, Bilqis, Balqis or Balquis by the Arabs, who believe that she came from the city of Sheba, also called Mareb, in Yemen. Historical and archeological studies revealed that there are many links between the Biblical queen and Bilikisu Sungbo of Ijebu land. The Queen of Sheba is said to be associated with ivory, eunuchs and gold. Ivory and gold are known to be very abundant in Nigeria at the time, while eunuchs were present in ancient West African palaces. 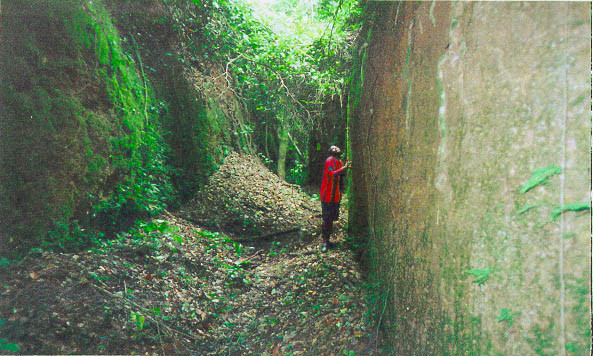 A team of British scientists working with Patrick Darling Archaeologist at Bournemouth University discovered the remains of an ancient kingdom deep in the Nigerian rainforest.

Each year, thousands of pilgrims come to honour what they believe is the grave of the queen of Sheba. This is a spot bare of vegetation in the Nigerian rainforest where tall trees have become entangled with canopy foliage, festooned with spider’s webs and falling leaves, creating a gloom that inhibits vegetation.
A team of British scientists may have rediscovered the centre of one of Africa’s greatest kingdoms – and the possible burial place of the legendary Queen of Sheba.

The team of British scientists may have rediscovered the centre of one of Africa’s greatest kingdoms – and the possible burial place of the legendary Queen of Sheba.The team from Bournemouth University, working with archaeologist Dr Patrick Darling, have completed a preliminary survey of the left over wall and ditch measuring 70ft high in places and around 100