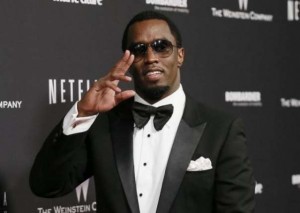 On the bright side, his college-football-playing son, Justin Dior Combs has thanked his dad for always having his back.

Justin Combs, a bench-warming ­defensive back at UCLA, shared a picture of himself and his famous dad on Instagram, one day after Diddy was arrested with the caption, ‘I thank God for having a father that’s always there for me, Love you pops!’

Diddy on Monday, June 22, 2015 tussled with UCLA strength and conditioning coach Sal Alosi, who had been riding the young Combs during workouts.

Diddy reportedly felt that the coach, a former Jets assistant, was trying to embarrass him and his son, leading to the confrontation later at Alosi’s office.

The rap star was booked on suspicion of assault with a deadly weapon, battery and making a criminal threat and was released on $160,000 bail.