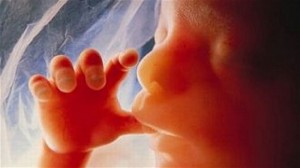 Doctors in Chile, made a shocking discovery when an elderly woman was brought in to a hospital to be treated for bruises. Hospital director Margo Vargas Lazo said that the calcified fetus was discovered inside the 92-year-old woman of San Antonio, and doctors believe that it has been there for 50 years.

According to Scoop, the woman, Estela Melendez, was brought to the hospital after suffering bruises from a fall. X-rays showed a 4.4 pounds fetus, which is believed to have died during pregnancy in the abdomen of woman.

Doctors are unlikely to remove the fetus due to the age of the woman. She has been sent home from the hospital. Lazo said that having a calcified fetus inside the abdomen is extremely rare. Lazo added that the fetus was big and developed, and it is occupying the entire abdominal cavity.