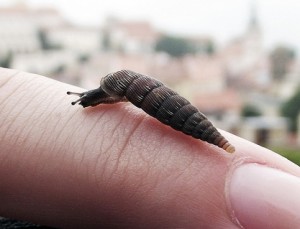 A boy in Peru, who suffered from pain and swelling in his eye, was surprised to learn that a worm had been living there for more than a month. Doctors who treated the child, said that they have used basil to coax the worm out of his eye. Odd News Blog reports:

The 17-year-old boy identified as Jamie, went to the National Children’s Hospital in Lima, after suffering for several weeks. After an MRI, doctors discovered that a worm was the culprit.

Doctors placed basil leaves around Jamie’s eyes. Once the hungry worm stuck its head out in search for grass, doctors used tweezers to remove it. The lead doctors who performed the procedure, said that Jamie was probably infected by a human botfly after it dropped its eggs on his eye. Jamie is expected to make a full recovery and have no lasting damage.