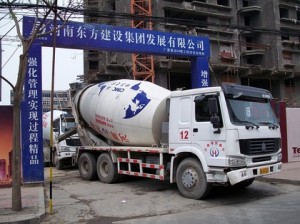 A drunk man was rushed to a hospital after eating wet cement, which he mistook as food, doctors in China said. Nanjing Police said that they received calls from concerned citizens who saw the man scooping out fresh cement from a bucket near a construction site.

According to Scoop, when police arrived, the man told them that he was very hungry following a night of heavy drinking. On his way home, he saw the bucket of cement on the floor and decided to eat it as he thought it was sesame paste.

He had eaten 9 ounces of concrete before police stopped him. The man was rushed to a hospital where he underwent a stomach washing procedure. Doctors said that he should make a full recovery thanks to the quick action of the police.