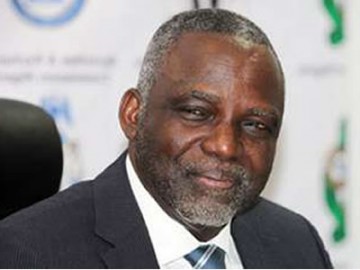 A former Minister of Power and renowned Professor of Robotics Engineering, Prof. Bart Nnaji, has warned the Federal Government not to contemplate taking over the management of the Transmission Company of Nigeria from Manitoba Hydro International of Canada, at the expiration of its contract next month.

Nnaji, who spoke on the sidelines of the 2015 West African Power Industry Convention organised by IRN in Lagos on Tuesday, said interferences from government officials had affected the work of the Manitoba personnel.

The Federal Government had in 2012, while Nnaji was minister, entered into a three year contract with Manitoba, after it emerged the sole bidder, to manage the TCN. The contract has an option of a two-year extension.

The TCN is in charge of the transmission network, a critical link in the electricity value chain, but has so far remained a weak link with a current evacuation capacity of about 4,800 megawatts, according to industry experts.

The company was left out of the process that saw the successor generation and distribution firms unbundled from the defunct Power Holding Company of Nigeria, PHCN, handed over to private investors in November 2013.

Nnaji said, “The TCN should never go back to government management. Government ownership, yes, but not government control. It is not a good idea. Private sector proper management, maybe. But giving out segments of the TCN on concession; yes, that’s better.

“I believe that the private sector management was never allowed to work. That’s part of the problem. The people who were brought to manage had to endure interferences from the government appointed officials. So that is an issue”.

He said what should happen “is that perhaps a short-term extension can happen or a concession, but not to go back to government management”.

The former minister, who is the Chief Executive Officer, Geometric Power Limited, stressed the need for the new government to have an effective way of ensuring that the country did not go back and forth in terms of power supply.

“That the power that we have now can be sustainable and that we continue to grow it means that key issues of generation must be assured; that evacuation of the power must be there, and it requires that the government will put people who are absolutely thinking about the nation, not just in the Ministry of Power, but also in the other ministries. People who will work together to deliver”, Nnaji added.

He said, “In the next many years, 80 per cent of power will come from natural gas. So, we must continue to grow natural gas. I am not sure that whatever is released now is even going to be enough to go as far as we would want in the interim.

“Right now, we have domestic gas obligation from the producers of 4.9 billion standard cubic feet of gas and only about a third (1.9 billion) of that is being delivered, and that’s what Nigeria has”.

To fill the country’s installed capacity, gas supply of up to seven billion scf is required, Nnaji said.

He added, “In the next 10 years, we need about four times that amount. So, we need a lot of investment. The sector needs to be opened up for private sector investment in gas.

“We need to grow power to a point where Nigerians can feel the presence of power supply in the country and there is some degree of predictability. What should happen is continued growth as expected, but to have power stability requires a lot of discipline of the various organs of the production system”.