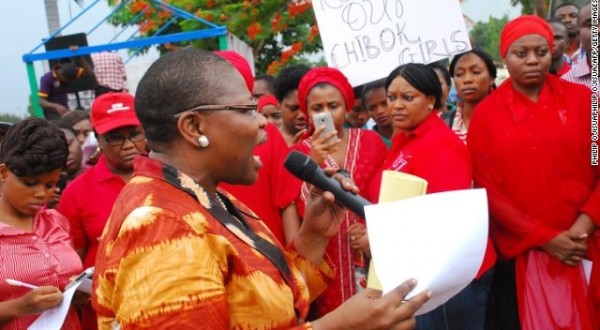 The #BringBackOurGirls (BBOG) advocacy group has called on the federal government to commence the process of rehabilitation, resettlement and re-integration of Boko Haram victims in the Northeast, who have been reported to be suffering from various types of trauma.

Speaking during the daily sit-out of the group yesterday, its co-convener and former Education Minister, Dr Oby Ezekwesili, who queried whether the Victims’ Support Fund established by the immediate past administration was operational, emphasised the need for the fund to be used on those who needed it.

She added that the way the victims were treated will determine the way the 219 abducted Chibok girls will be treated when they are finally reunited with their families.

“The victims of the Boko Haram sect are hidden and suffering alone. There is no social welfare. They can’t be abandoned. They should be resettled. What about the Victims’ Support fund, is it operational? This is the something that we are interested in. The way the victims are treated determines how our Chibok girls will be treated when they are rescued”, she said.

“Following our proposed meeting with President Muhammadu Buhari, the outcome will determine the many things we will focus on. We have an office of the citizens. We are in that office doing what we believed in. Citizens have to demand how they want to be governed. Our Chibok girls were failed by the government. So we will sit very strong in our office because it is an important office.

“We will call on our legislators to wake up to their job in the protection of citizens. We will engage the new lawmakers. We will no longer give them space to do whatever they do. Citizens have to demand that they do their work properly”, she said.