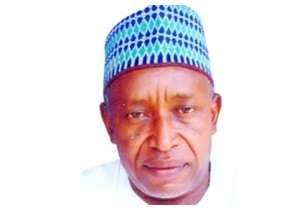 Falaki, who was a director at the Institute of Agricultural Research (IAR) of the premier northern university, was killed in Fala village of Tudun Wada Local Government Area of Kano State, shortly after insurgents attacked Kibiya police station in February.

Giving an update on Wednesday, the Assistant Inspector General of Police in charge of Zone 1, Tambari Y. Muhammad, said the interim report of investigation conducted on the case revealed that the late don was killed by a mob and that six policemen are being interrogated for negligence.

However, spokesperson for the family, Aminu Daneji, in a statement said the police authorities did not conduct a credible investigation.

“Based on eye-witness account, it was a combined team of local constables from Rurum and policemen from Kibiya, who are responsible for the murder of Professor Falaki, our brother.  When Falaki’s vehicle was collected by suspected Boko Haram members, many people came out to sympathize with him, and that was what they were doing when the police arrived the scene and carried out their dastardly act”, he said.

He added: “It may be recalled that the first account given by the police of that fateful evening was that the police force in Kibiya killed one Boko Haram member and arrested two others. It is utterly false to claim that some 2000 villagers were at the scene and that they are to blame for the act”.

Daneji pointed out that the single fatal deep cut to Prof Falaki’s neck, which caused his death, is not consistent with police claim of mob lynching involving such a mammoth crowd.

“There were no multiple cuts, lacerations or bruises on his body to suggest mob attack. While there was no noticeable gun wound on the deceased, the police report acknowledged that gun shots had been fired some of which narrowly missed Abbas Falaki, but their traces could be found on nearby trees. In view of what we consider a determine effort by the police to cover things up and blame it on Boko Haram and innocent people of Fala, we demand that the incident be investigated by an independent body”, he said.

Responding to the family’s claims, AIG Mohammed said the investigation was carried out without any prejudice and that he was not trying to cover up anything.

“If they have any evidence that the professor was killed with the use of gun, let them make it available. Walahi, I’m not siding or trying to cover the police, I have dismissed many policemen that committed less severe offences in the past. So why will I hide anything on this serious matter”, he said.