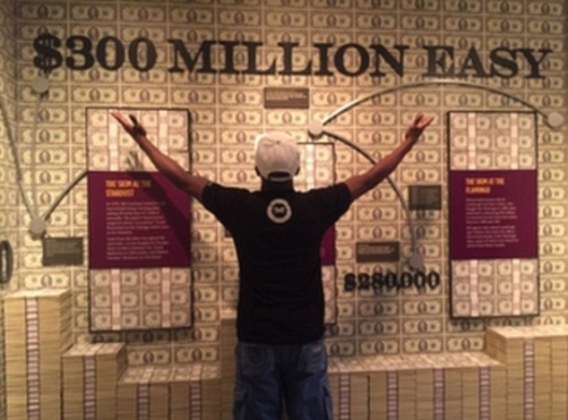 According to Forbes, boxer Floyd ‘Money’ Mayweather is the highest paid athlete in the world in the last 12 months, earning an eye-watering $300million. And how did Mayweather celebrate? He took himself to the Mob Museum in Vegas and stood in front of a display to commemorate how much he made. It reads ‘$300 million easy’. He shared the photo on instagram and wrote “Fobres, I’m just getting started this year.’
lindaikeji.blogspot.com